What I love most about farm visits is the opportunity to get to know Crossroads farmers outside of the weekly market space. I not only get insight into their farm, but also learn more about them and their story as it relates to the land. In early spring, I, along with a few other Crossroads team members, had the opportunity to visit Ladybrook Farm in Monkton, Maryland, about 30 minute north of Baltimore. My previous experience with pasture-raised animals was pretty limited, so I was excited to learn more from the farmers, Carin and Vince, as they shared about their farm operation and the variety of animals on site.

When we arrived at Ladybrook Farm, what immediately stood out were the amount of land available for all of the animals and the diverse pasture they were raised on. Carin shared that the land had previously been used for commercial-grade soy and corn, and after putting in years of work and thousands of seeds, they began raising chickens in 2016. The 80 acres housed three large pastures for the 350 production hens to rotate on, along with a number of ducks and geese, whose main job was to scare away larger birds of prey. As I learned more from Carin and the way their systems were set up, it became more evident that each system was designed to reinforce the other and the farm at large. For example, the diversified forage and wildflowers help to feed both the chickens and the bees; while foraging, the chickens help to till and fertilize the soil, then rotate land with the horses who fertilize the soil so that future pasture grasses can be planted into the nutrient-rich soil. If that’s not enough of a closed loop system, their 90 solar panels allow them to live completely off-grid and sell back to the town! Carin and Vince were both a wealth of knowledge, and after providing us with some background of the farm, they were elated to introduce us to the many residents on the farm.

Carin first brought us into the hatching room, where we not only got to witness the hatching of a baby chicken, but were also able to hold one of the young chicks too! Little did we know, this was just the beginning. From there, Carin introduced us to some of the adolescent chicks and ducks through all their different stages of maturity. We learned that it really is necessary to talk to the geese and hear what they’re saying. The only way to tell a male and female goose apart is by their voice — males have a higher pitch than females. Undoubtedly for all, the highlight of the visit was witnessing our fearless 7-year-old ambassador, Aissatou’s eagerness to gently hold and calm the young chickens. 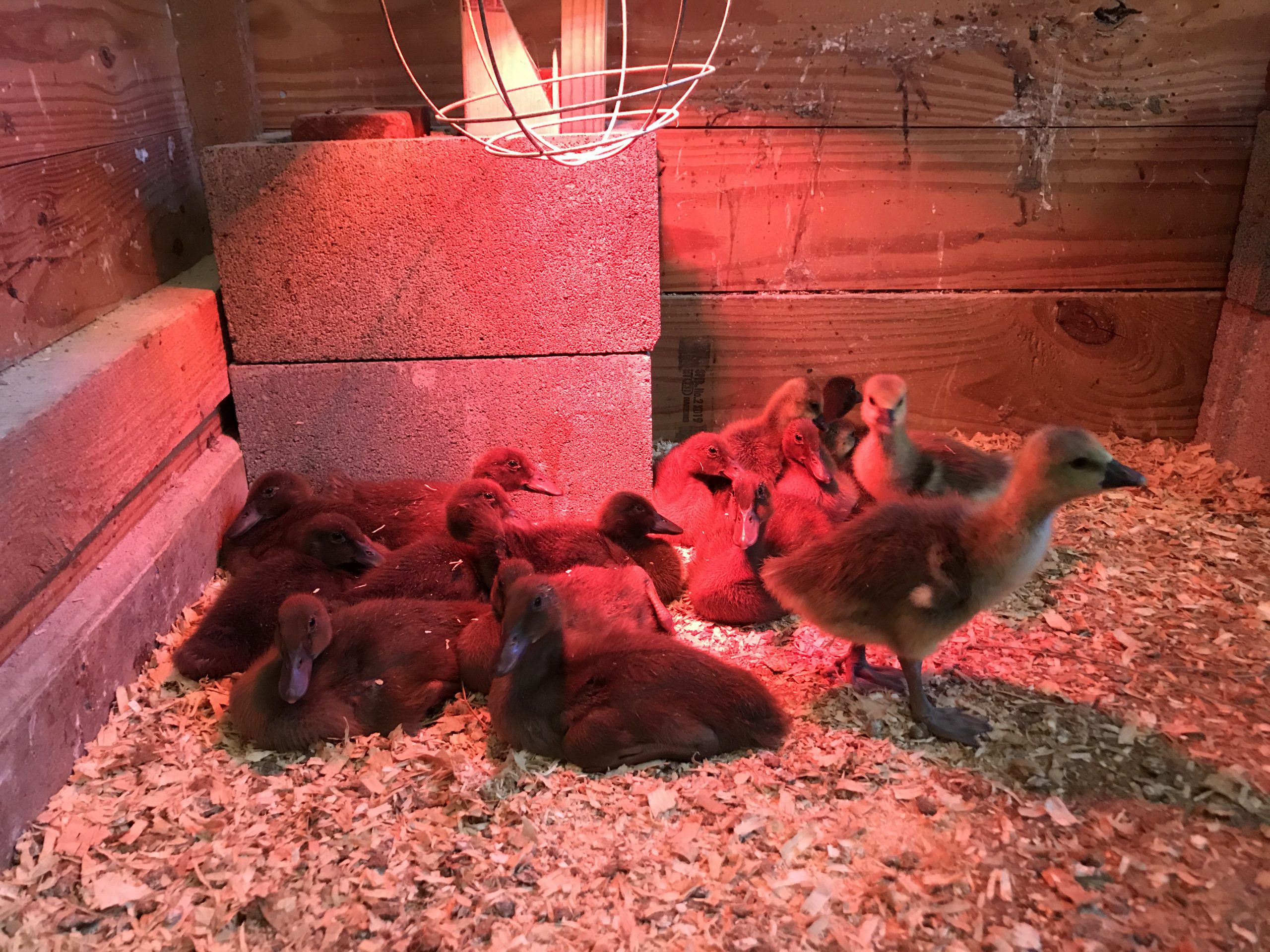 Although they didn’t put us to work while we were there, Carin shared that she and Vince collect eggs three times per day from their hens and ducks. The chicken eggs are the smallest of the birds they have on site, and their color is determined by the breed of the chicken. We saw white, dark brown, light brown, and blue eggs! While they don’t harvest geese eggs for markets, they are nearly three times the size of the chicken egg and have a similar texture when cooked. Ladybrook Farm has a growing number of outlets and demand for their eggs too. You can find them at Crossroads Farmers Market, the Overlea Farmers Market in Baltimore, a local bakery and a few lucky neighbor friends. We were so grateful to go home with a dozen rainbow eggs and to know that we can find Ladybrook Farm’s pasture-raised eggs each week at Crossroads!

Thank you for sharing your home and space with us Carin and Vince! 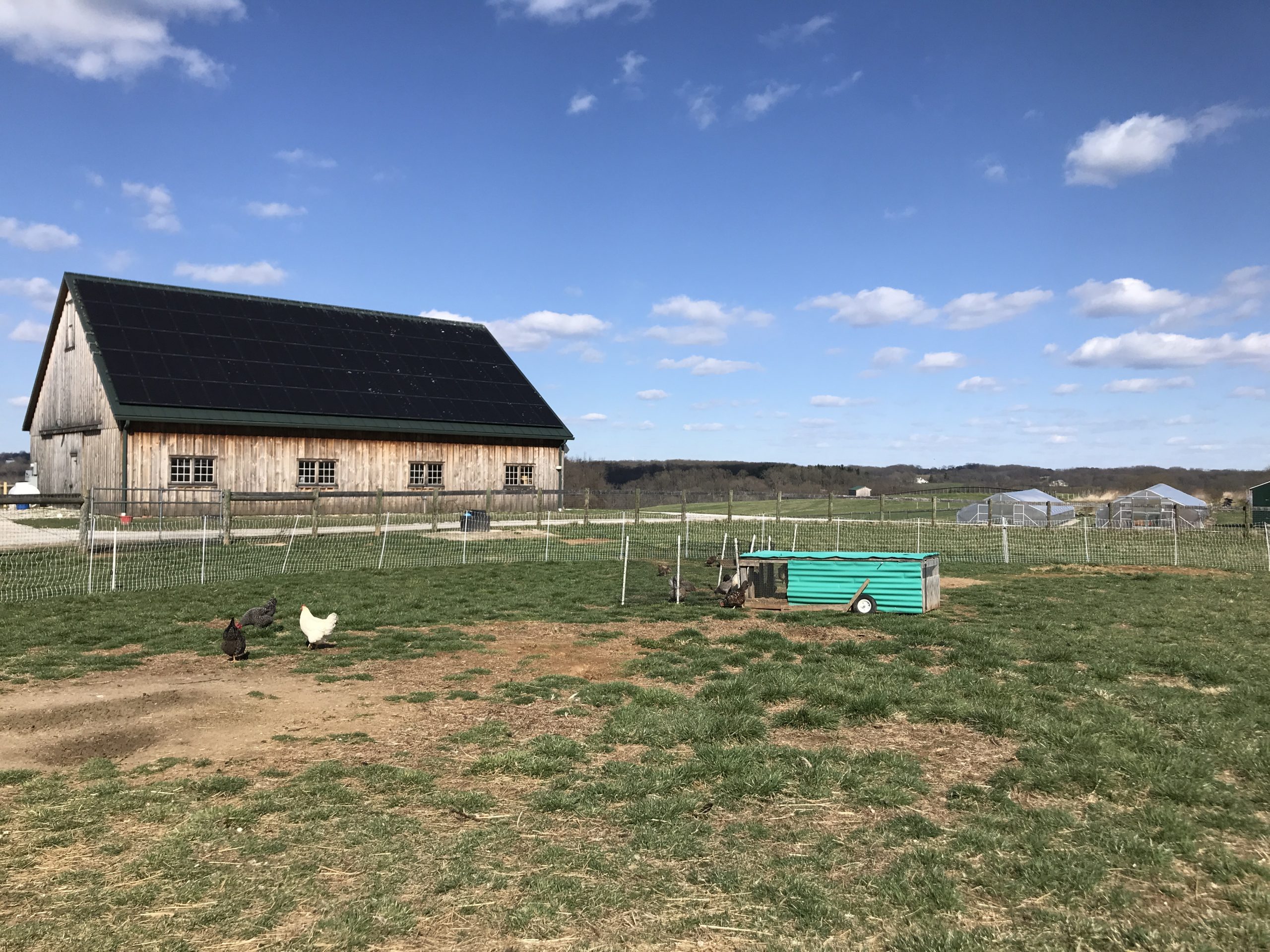 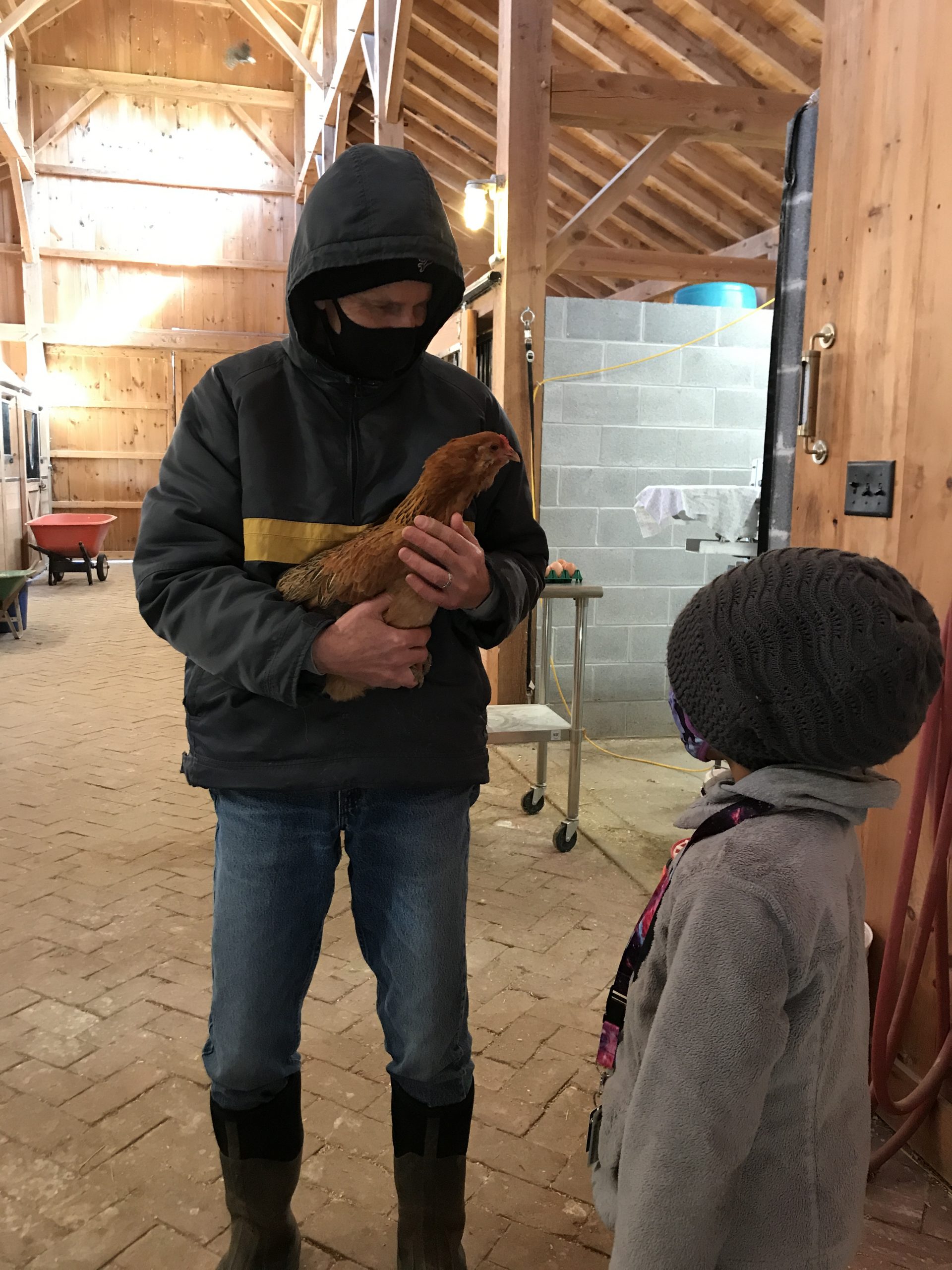 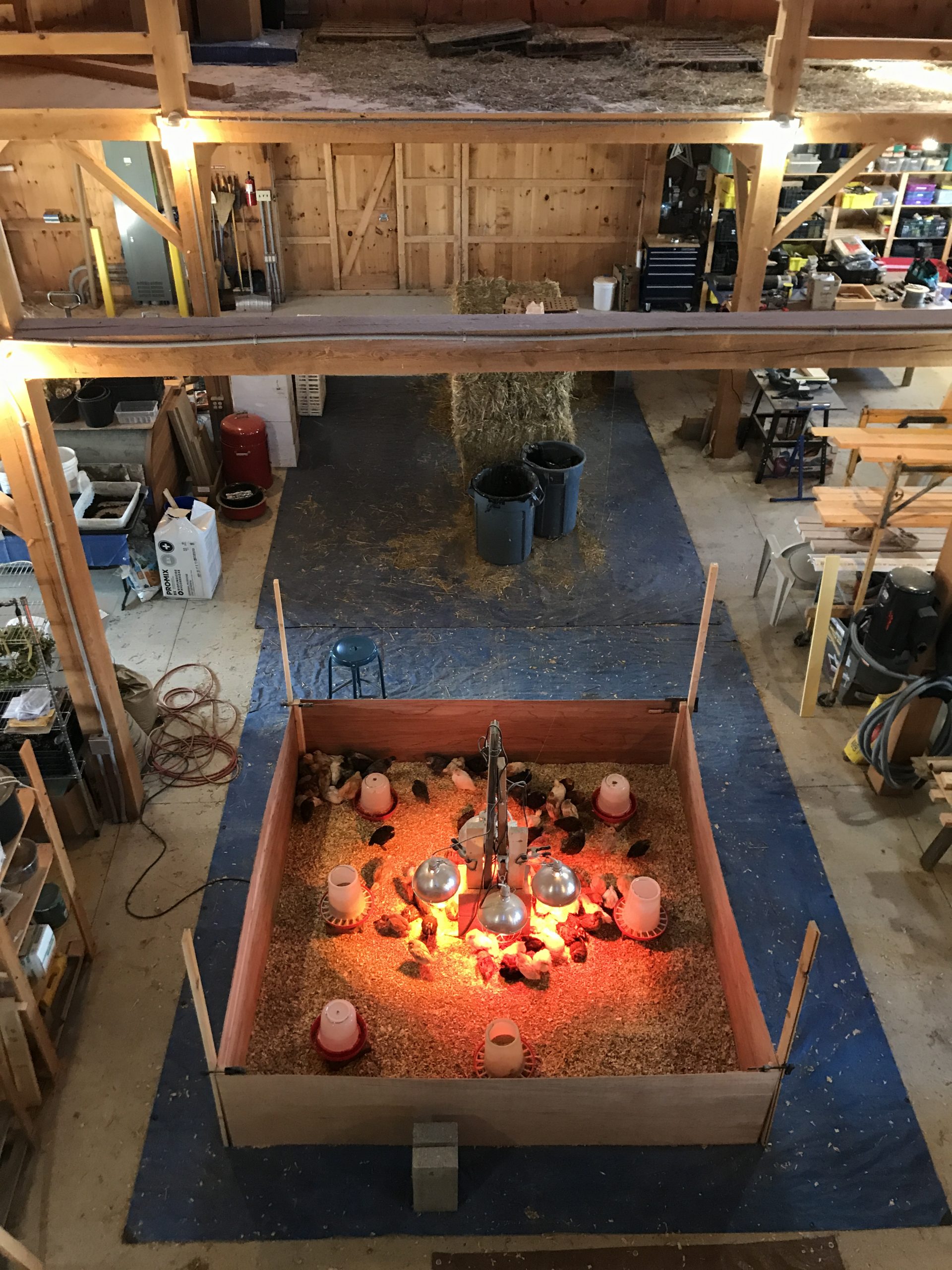 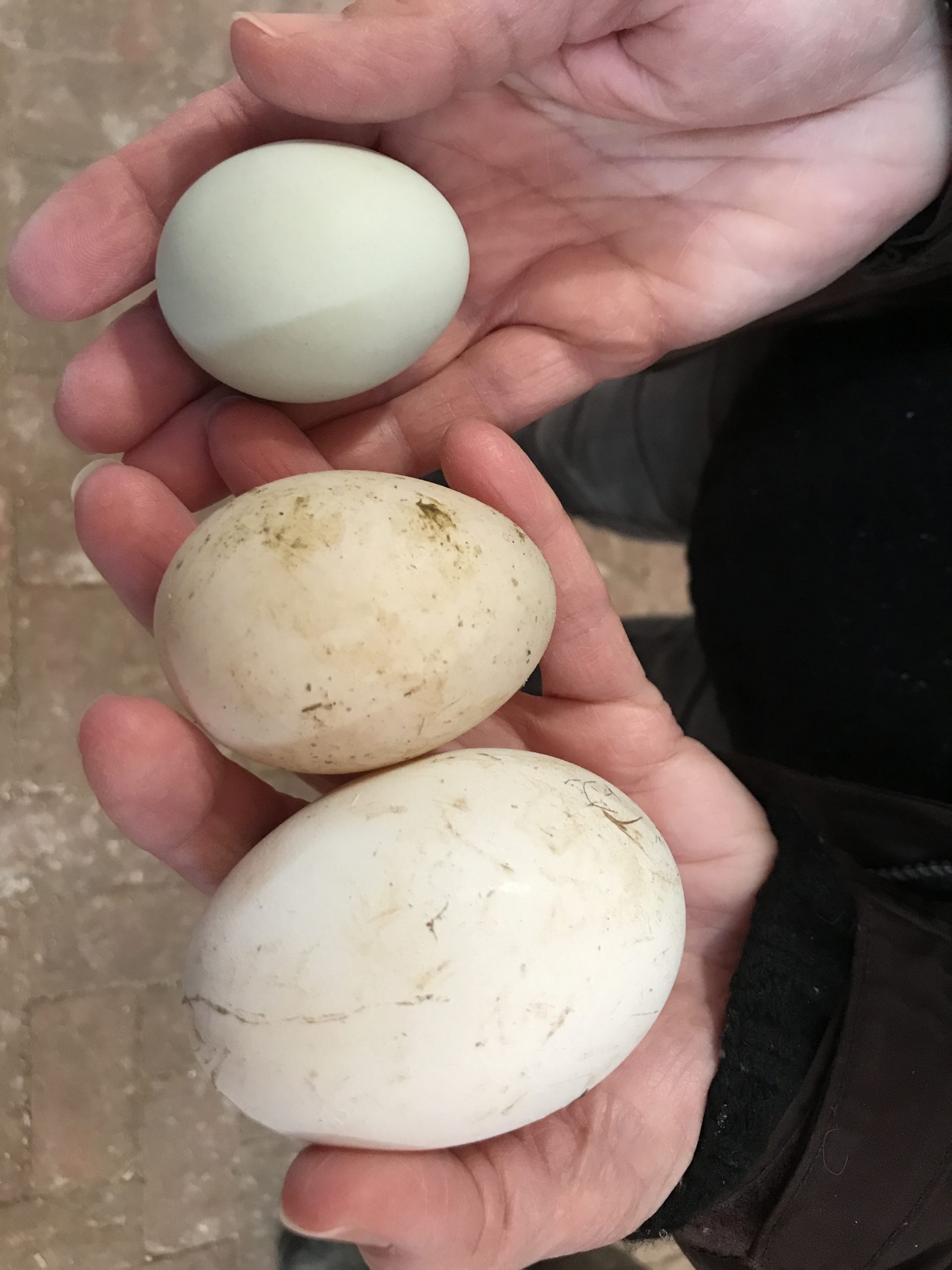 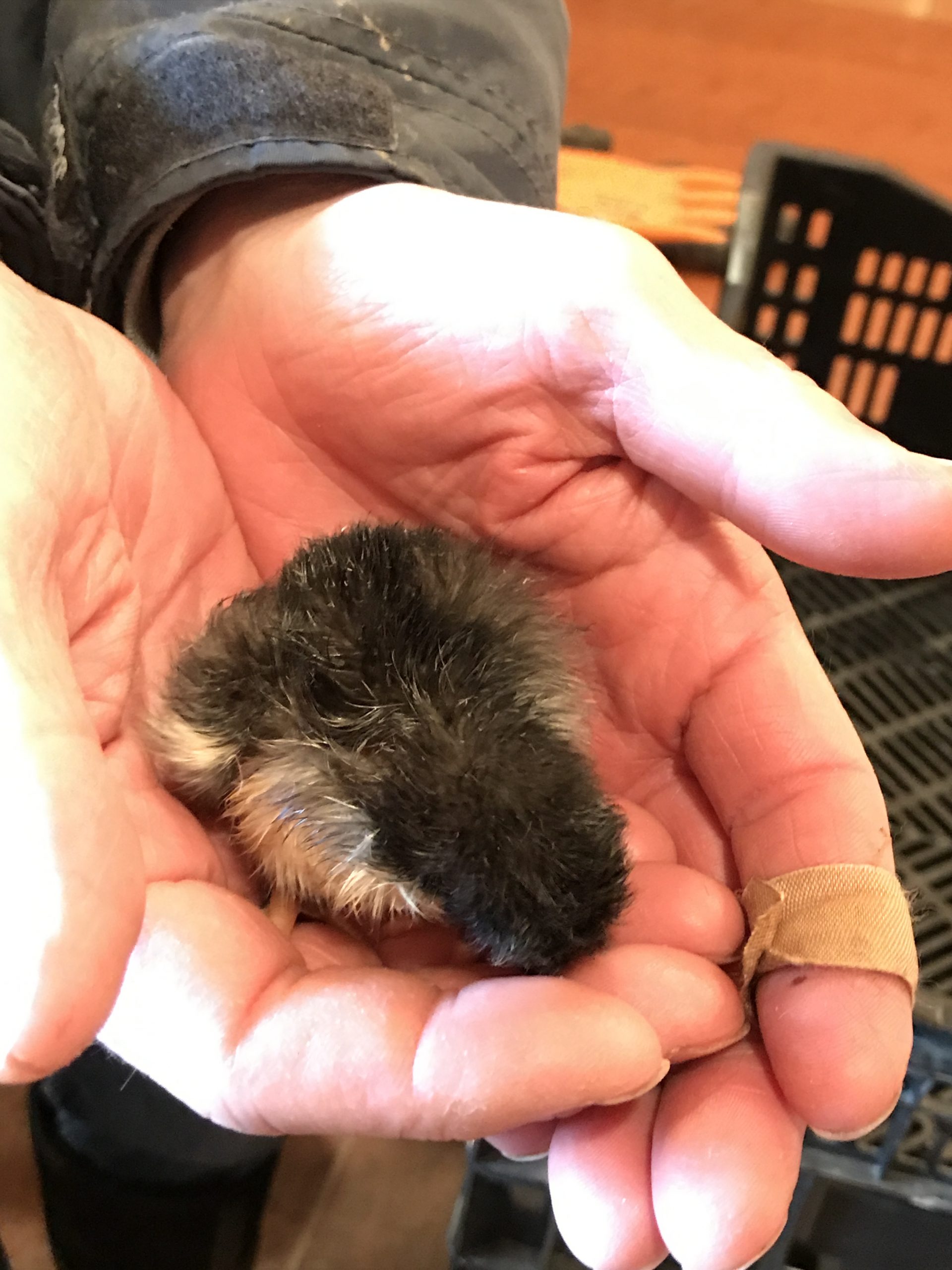 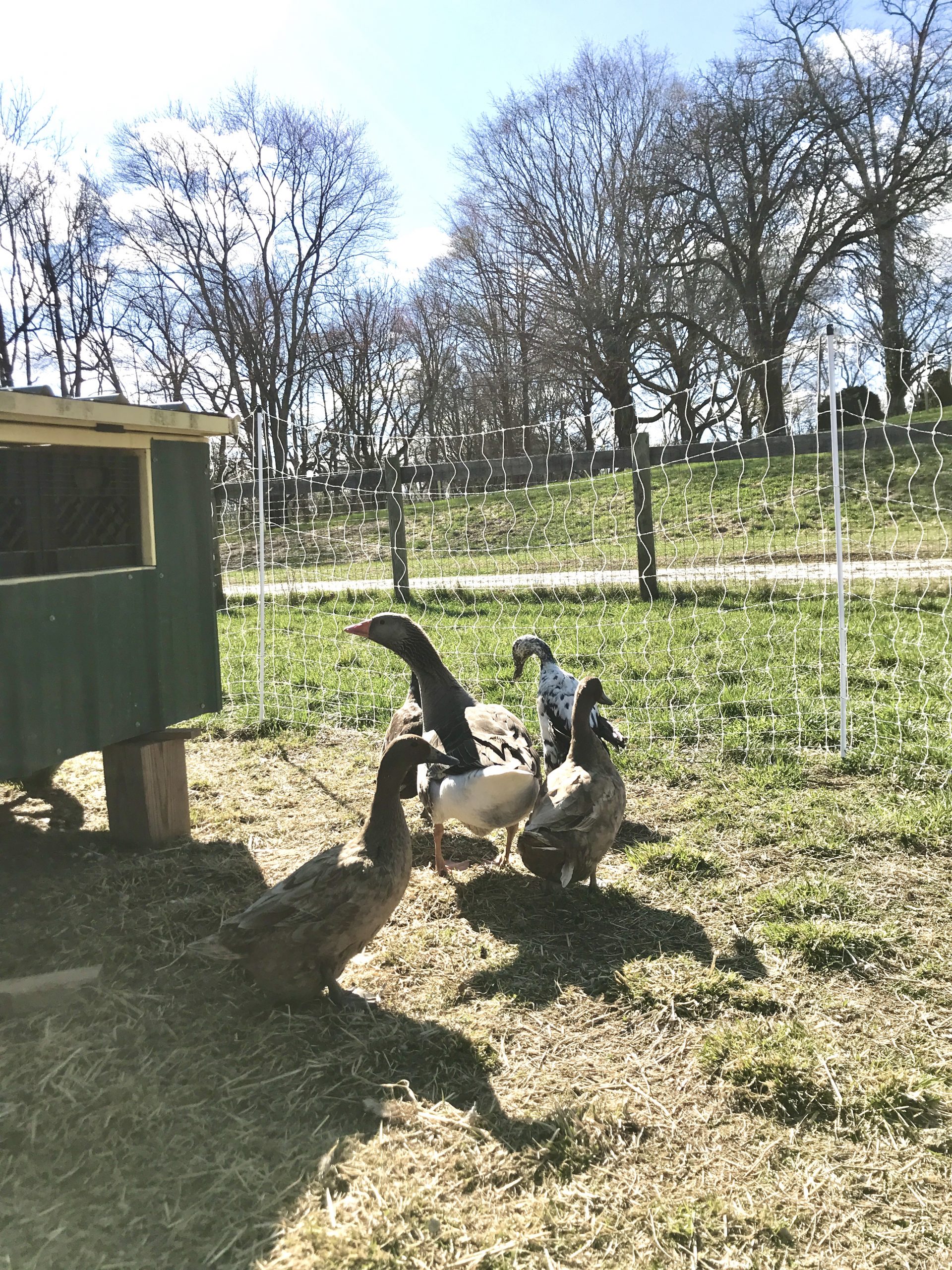 Camille and the Naughty Ducks